After dropping her critically acclaimed debut mixtape, A Good Night In The Ghetto, this spring, Oakland rapper Kamaiyah has been steadily building a name for herself in music. She’s landed on songs with the likes of Drake and YG and has been performing coast to coast, but nothing (yet) was more special than her sold-out show in her hometown just last month.

I had the pleasure of attending alongside my Hot 97 co-worker Scottie Beam, and it was that kind of moment that is exactly why I wanted to work in music. To be able to be there for the journey of an artist that I listen to regularly and see moments from the first mixtape, to the first sold-out show, to eventually touring the world, topping charts and selling out arenas is an amazing thing. Though I knew already, being able to see fans’ reaction to their hometown hero that night confirmed to me once more – Kamaiyah is going to be a superstar.

In a new mini-documentary premiered by XXL, Yaya gives us a tour of East Oakland and provides a glimpse into her upbringing, all the way up to the big show that night.

“The A Good Night In The Ghetto doc was put together to show my evolution and journey into my first show,” she told XXL, “as well as give people a brighter spectrum on who Kamaiyah is, where I come from, and the background regarding my musical influence and why I do it. My growing hype is humbling, I remain grounded because none of this is possible without God and humility. As for the future of my musical releases…stay tuned.”

Below is a pic from the trip last month. 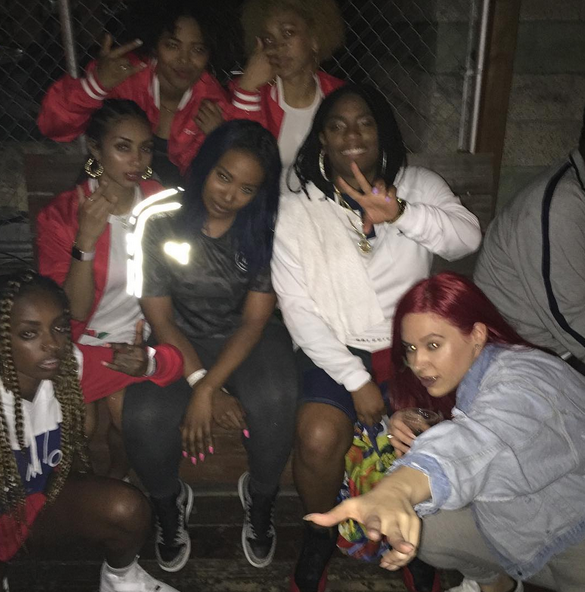