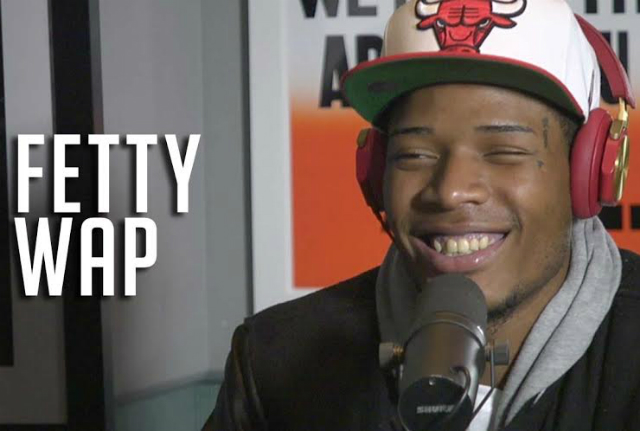 Jersey, we have another burgeoning star on our hands! As our movement keeps growing with DJs (like Hot 97‘s newest additions, Drewski and DJ Naim,) media personalities (like myself, Karen Civil,) producers (Cardiak, Mike Zombie) and rappers on the come-up like Dougie F and Zombie (he fits here too,) we have another one to add to the list! Paterson native Fetty Wap is taking over the clubs in the Garden State with his breakout hit “Trap Queen,” and hopefully he’ll soon be taking over airwaves around the world with it as well. Now that he’s officially signed to Lyor Cohen, Todd Moskowitz and Kevin Liles‘ 300 label, anything can happen!

After Funk Flex premiered what he called the “biggest record in Jersey” on Monday night, Fetty Wap made his way over to Hot 97 to sit down with Ebro and Laura Stylez for Ebro In The A.M. yesterday morning.

The question on everyone’s mind is what happened to his eye, but unfortunately, he chose to remain mum on that for now. He says one day the story will come out, but for now, he likes the mystery and says that the fans seem to appreciate it as well. A quick scroll down his Instagram page shows that it happened in late February of this year, but that’s all we know!

Fetty did, however, reveal the very interesting process to “Trap Queen” coming to fruition, and admitted that he is in love with his girlfriend of a little under 3 years. Sorry ladies! Oh, and he just started music last year. What a start he’s off to, huh? Get the full 411 in the interview below!