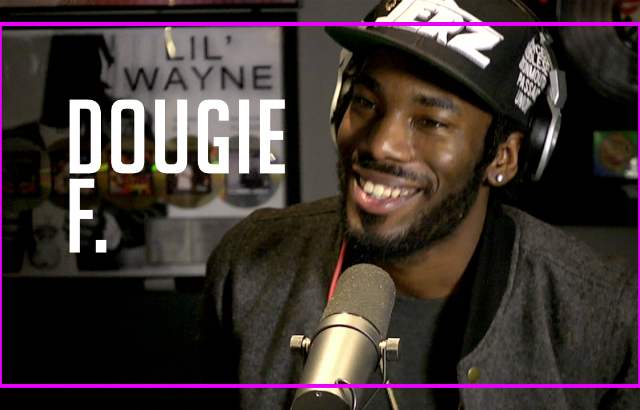 Right now is such a huge time for Jersey. Over the years, we’ve had an artist blow up here and there, but our state is finally buzzing with SO many talented individuals getting recognition on a large scale at the same time. We’ve got Fetty Wap blowing up with “Trap Queen,” Karen Civil building a freakin’ empire,  Mike Zombie signed to OVO and producing for some of the biggest names in the game (plus rapping crazy too,) Drewski, DJ Naim and DJ Wallah spinning on Hot 97, myself doing what I do (ya diiig,) Joe Budden still being relevant to hip-hop and pop culture, and now Dougie F. blowing up as well with his DJ Fire-produced single, “Back Up On It (Jasmine.)”

Dougie‘s track garnered the attention of Diplo earlier this year, who signed the Orange, New Jersey native to his Mad Decent imprint, and has since brought him on tour to stadiums around the country. As his name grows, Dougie stopped by Hot 97‘s Ebro In The Morning last week to discuss his rise to fame, as well as New Jersey‘s movement, his strong white girl game (LOL!) and more. Check out the interview below, plus the video to “Back Up On It.”