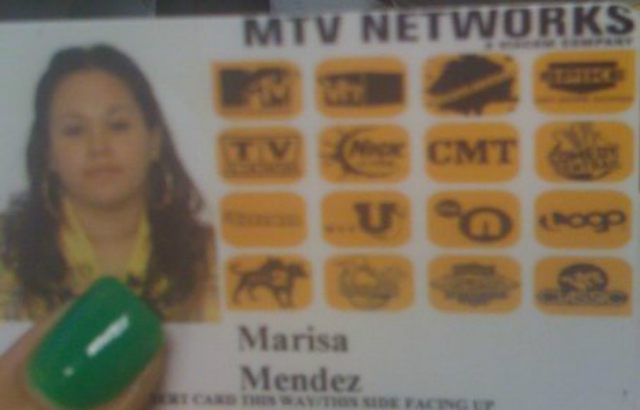 (I was totally strategically covering where it said “Intern” on that I.D. for the Facebook stunt, by the way.)

For the last 4 years, I’ve been blogging for InFlexWeTrust, and for the last 3, I’ve made a living off of it. It has opened so many doors for me and given me opportunities I would have never dreamed of being possible, and of course is what led to LifeIsTremendez even being created! I can’t say that I grew up hoping to be a blogger, or actually even ever considered it until a right place, right time situation back in 2010 (which I’ll get into for another TBT,) but all of the events leading up to me being right here has taught me one thing, if nothing else: What’s for you will not pass you.

In quite the ironic twist, I got fired from my “dream internship” at MTV back in 2008 over a blog post I’d written. It’s actually hilarious now when I tell the story, but back then – man, you couldn’t tell me my world wasn’t ending! I. Was. CRUSHED!

During the summer of 2008, I was gearing up for my senior year of college at Montclair State University with a double major in Business Marketing and Business Management. As stated in my last TBT post, I’d chosen marketing after hanging around Dip Set in my high school years, hoping to eventually work at a record label or a related behind-the-scenes in music job. MTV obviously ranked high on my list as it would for anyone, and as it was finally time for the internship portion of my collegiate career, I had my heart set on 1515 Broadway. After applying on Viacom‘s website, I got the interview for their Integrated Marketing department a few weeks later. The interview was with two people – one who’d be my boss for the mtvU side and one for the MTV side – and I believe my mixture of being qualified, hungry, awesome, making great Powerpoints and expressing my love for Nicki Minaj was what got me the gig. (My MTV boss, Thembi, was/is Nicki‘s best friend, which I was overjoyed to hear since not a lot of people were up on Nick way back then.)

One of my main responsibilities was dealing with contest winners, which was actually really cool. I got to give someone a car once! However, our TAG body spray contest was not as cool. It was actually really basic, with a handful of people winning a basket with the spray and a tee-shirt and a few other promo items. Though the baskets weren’t put together yet, I was required by the contest rules to let the winners know they’d won, so an email was sent out informing everyone that they’d be receiving their prizes in the near future. A few hit back saying thanks, others left it alone…and then there was Ms. Child’s. (Yes, there was an apostrophe in her last name which is STUPID, and yes, I’m withholding her first name so I somehow don’t get in trouble for the same thing all over again, LOL.)

Ms. Child’s had apparently never won a contest before, and sent back an email BEYOND excited. I’m talking thanking God, thanking her Mom, thanking me and MTV…she had a Grammy speech. I hit her back and told her that she’s more than welcome, while also reminding her that I’d let everyone know when the prizes were actually ready to be sent out. Apparently, this wasn’t good enough for her. Over the course of the next week, we’d email a handful of times, as she continuously asked me when she could expect the package, why it hadn’t arrived yet, and finally accusing me and MTV of being liars and informing me that she’d soon be reporting to my manager. This all, of course, was beyond comical to me for obvious reasons, SO, with Blogspot.com being the cool thing at the time, I decided to share my comedy with the world. (Aka my like, 5 friends who read it.)

Making a post about how utterly ridiculous and hilarious my exchange with Ms. Child’s was, I copied and pasted portions of our email, being sure to leave out any of her contact info, while also being sure to leave in my MTV signature so I could look really cool to said 5 friends. After less than 24 hours of having it up, I decided it was tacky and stupid, so I deleted it. Unfortunately, it’d come back to haunt me nearly 2 weeks later!

Apparently during the short time it was posted, the keywords of ‘TAG‘ and ‘MTV‘ filtered into marketing giant Procter and Gamble‘s system, who were also a part of it. When it finally went across the desk of whomever was in charge up there, they immediately called the higher-ups in my department to find out who exactly ‘Marisa Mendez‘ in ‘Integrated Marketing’ was, and why I was putting such information on the internet. They were, needless to say, NOT HAPPY, and of course wanted me off the project. Naturally, MTV had to oblige since P&G was a huge client and I was a measly intern. It was a careless mistake on my part, and it cost me. After my boss’ boss called me in to her office to tell me the news, HR got me up out of that building before I could even blink. I couldn’t even say goodbye to Thembi! (We’d eventually link up years down the line thanks to Twitter!)

As they say, everything happens for a reason. Not only did this teach me quite a valuable lesson about watching what you say on the internet, but it also is the reason I went looking for another internship…and ended up at Hot 97 a couple of months later. And the rest is history… 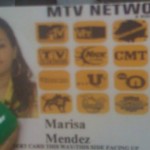 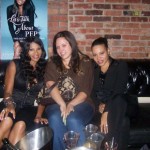