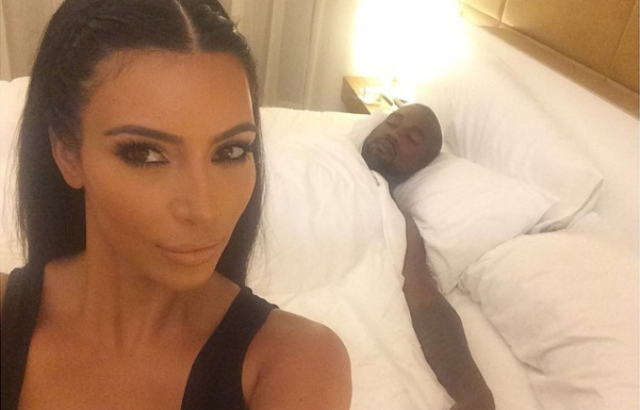 In honor of KimYe‘s philanthropic efforts, I’ve decided to take a walk down memory lane to provide even more inspiration for us all…by reminding you that even if you’ve dated a LAME or 5, there’s still hope to find your Kanye, get married and live happily ever after. You’re welcome.

Odd that I can’t find any pictures of these two together, considering they were once MARRIED. That Kardashian machine must have scrubbed the net clean of them! At just 20 years old in 2000, Kim married a man 10 years older, music producer Damon Thomas. They had Kim’s longest run yet at 4 years strong (lol) and leaked divorce papers in 2010 revealed one of the causes of their demise was abuse from Damon.

I can’t find any pics of them together because it was so not serious, but in 06 (before Ray J), Kim dated singer Nick Lachey. He just came out of a divorce with Jessica Simpson and Kim also just divorced, so the two were just having some fun. I remember Nick being on a dating spree at this time! LOL he eventually wound up dating Vanessa Minillo later that year, and the two are now married and have a child.

The man whom without, Kim would not be the world famous star she is today. Believe it or not they didn’t date that long…only a while in 2006, but their sex tape keeps these two together forever and ever!

In between her way more infamous relationships with Reggie Bush and Ray J, Kim hooked up with actor/rapper/comedian Nick Cannon. They started in the end of ’06 after the Ray split, but the whole sex tape with Ray that leaked in early 07 is what led to their demise.

Ah, Reggie Bush – the love of Kimmy’s life. The NFL star dated Kim from 2007 through March of 2010, though very on and off in between. It ended up not working out, and now Reggie is married to a Kim lookalike.

In the summer of 2010, Kim gave Dallas Cowboys’ Miles Austin a go, but they only lasted a few months. He couldn’t handle the craziness that dating Kim entailed.

This was short lived. A month before meeting Kris, Kim gave Halle Berry’s ex/baby daddy Gabriel Aubry a try. They hit up a Lakers game (above) and a movie or two, but that was about it. I’m sure Halle was happy that went nowhere fast.

Kim caught a Nets game in November of 2010 and a month later, player Kris Humphries was hers. He proposed in May of 2011, they wed in August and divorce came in October.

And then we landed on Ye! So sometimes it takes a try or 10 before we get it right, but ladies, we will get it right!