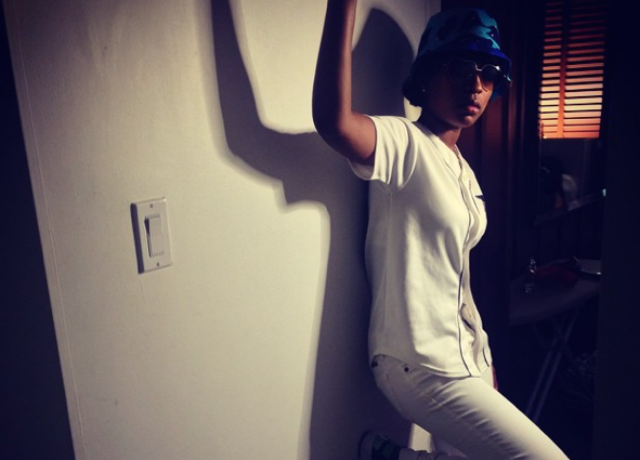 23-year-old Detroit native DeJ Loaf is experiencing a whirlwind right now, thanks to her song that so sweetly sings about catching bodies and leaving a b*tch n*gga’s head in pasta, “Try Me.” Released on her SoundCloud account in late July just for the hell of it, the pint-sized rapper/singer never dreamed that it would have her in New York City a mere 2 months later, discussing her reaction to Drake quoting it on Instagram or the likes of Wiz Khalifa and her favorite, E-40, hopping on for the remixes. But it has, and now DeJ is gearing up for the ride of her life. Backstage at Hot 97‘s ‘Who’s Next’ showcase for Mila J, Adrian Marcel and BJ The Chicago Kid on Thursday night, I caught up with lil’ DeJ to discuss her upbringing, her style, why the video for “Try Me” was so monumental, what we can expect next…and why you shouldn’t classify her as a singer. Get the full 411 on one of my favorite new artists below!
END_OF_DOCUMENT_TOKEN_TO_BE_REPLACED