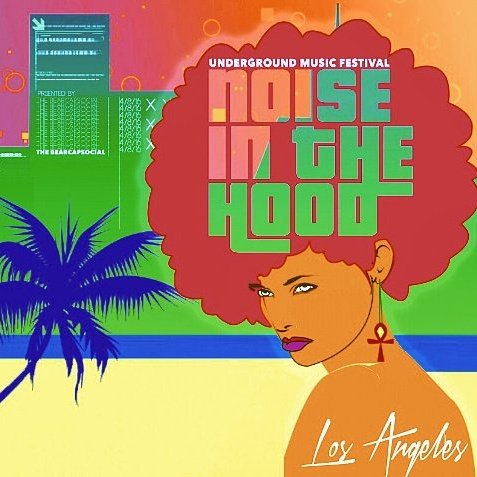 What happens when a black kid from California models the name of his indie music festival after one of the biggest festivals in the country? Well, you get a cease and desist letter, and the threat of a $100 million lawsuit from the lawyers of that bigger festival, apparently.

News of a “Hoodchella” meltdown was taking over our side of social media, and had even made its way to TMZ. A few times. In no time at all, the concert that was originally scheduled to be a 1-day show of performers and DJs, had grown to a 3-day fest with over 100 names filling up the bill.

In February, however, we got to speak with Hoodchella co-creator Bearcap Sunday about what had happened to his brainchild that took after the name of the Coachella Music Festival, now known as Noise In The Hood. The 3-day festival kicks off today and will last until Sunday April 10.

Read below, and purchase tix for the event on the official Noise In The Hood website.