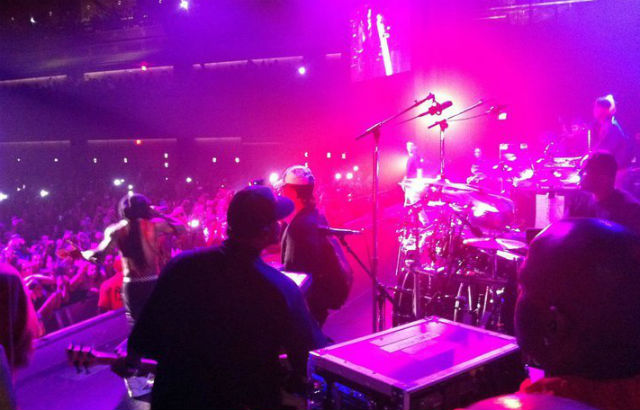 In late October, Karen called me and told me she was going to go to Vegas in a couple of weeks, because Wayne would be making his first post-prison appearance there as a surprise to Drake, whose tour was stopping there at the time.

Being new to IFWT and of course having love for the YMCMB guys, I had to join, and we made a fun little vacay out of it!

Wayne ran out and surprised Drake during “Miss Me” (and he really had no clue…the whole camp told him all day Weezy isn’t coming – and then he popped up! I knew all day though and it was KILLING me not to tweet it!) I caught a few surprise people backstage as well – Lisa Raye amongst them. Check out some footage and pics below!
END_OF_DOCUMENT_TOKEN_TO_BE_REPLACED