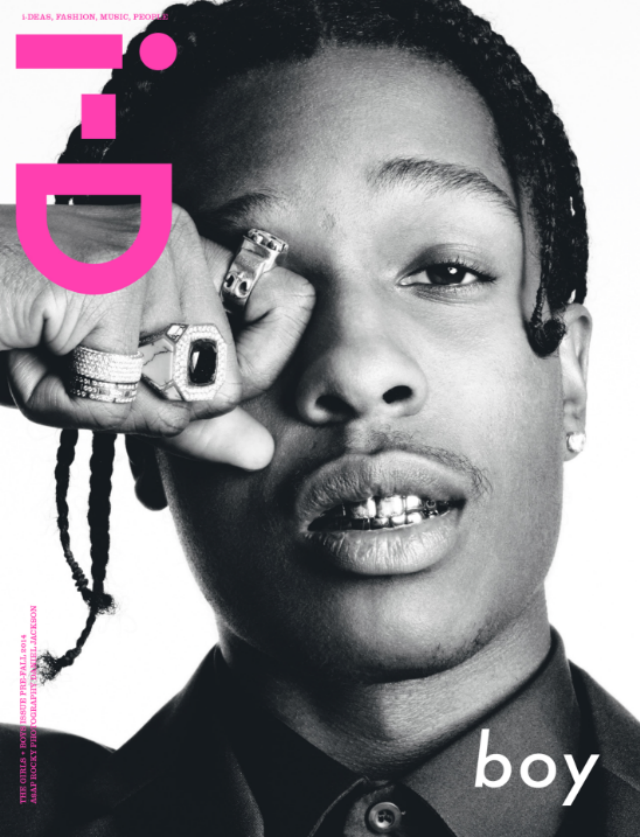 A$AP Rocky has been extremely quiet since releasing his debut album Long.Live.A$AP. in January of 2013, then hitting the road with Rihanna that spring. Since then, the most we’ve heard of the Harlem rapper has been mainly about his outings with girlfriend Chanel Iman, but as he gears up for a sophomore project, we’re finally getting a little more from my baby daddy!

Unfortunately for me, Rock‘s new cover story for i-D Magazine shows me that we’re quite opposite, so the relationship for us probably wouldn’t work out. There’s also that whole already-having-a-girlfriend thing, but that’s neither here nor there. Check out a few excerpts from the interview below.

1. Rocky enjoys all dark everything (music, clothing, work space), while I thrive with bright colors (hence my obsession with cupcakes,) sleep with every light in my apartment on and mostly only listen to up-beat songs.

“My music, like my passion for fashion, is really dark at times. I’m capable of making a happy song here and there, not quite Pharrell’s “Happy,” but I prefer dark fashion and dark music. I was born in the dark, I create in the dark, I work in the dark, I make love in the dark. It means life.”

2. He’s into weird druggy sh*t and I barely even hit the weed.

“My inspiration now is from psychedelics and shit. LSD, I love it. It almost makes you feel like you’re the best creator next to God.”

3. One of his favorite movies is Larry Clark’s 1995 film Kids, and I’ve never even heard of it, let alone saw it.

“It reminded me of growing up in Harlem, going downtown to chill with that mixed crowd. It was just one melting pot of people chillin’. I miss those days. We’re too old to just be chillin’ in the street drinking 40 ounces and shit, watching friends skateboard and crashing parties.”

“Life is what you make it. When life throws you lemons, make Sprite.”

5. Honorable mention: Back in December, I attended an event my girl Simone put together with Rocky, and he described his ideal woman as one who cooks, cleans, is a free spirit (aka f*cks on the first night if she has the desire to) and that is beautiful inside and out. 2 out of 4 of those things don’t apply to me, although I won’t elaborate on which. LOL.

In conclusion, it’s clear that even the “opposites attract” thing just won’t work for us. We still look cute together though, as you can clearly see below. LOL! In related news, Chief Keef just shot the video to his A$AP Rocky-assisted track “Superheroes,” and you can check out the on-the-set photos of the pair here. 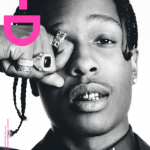 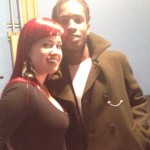 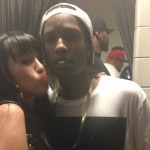 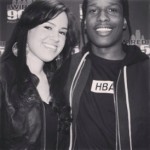 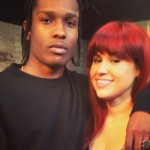