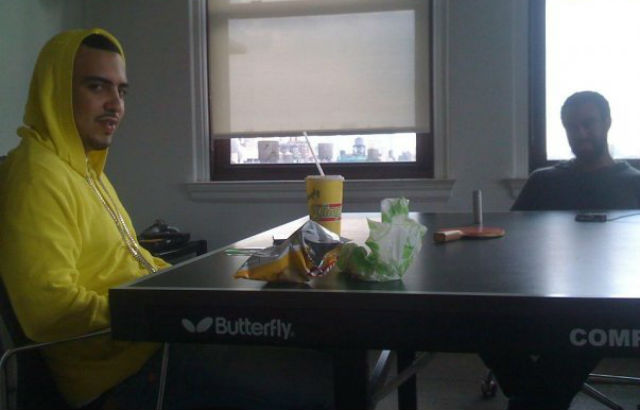 Back in December of 2008, a few of my friends were over my house and played a video from YouTube with Max B featuring a guy named French Montana, “Disturbia Money.” Of course I knew Max from my Dip Set days, but I’d only heard the name French Montana a couple of times and had no idea who he was. After seeing the video, I thought he was so funny and pretty dope, and wanted to see if I could work with him and get his name out more. I found out that weekend that he’d be hitting Jersey Girls with Max, so I went and met up with him, asked if he wanted help and the rest is history!

Here are a few pics from different dope things: his first interview with FADER (big shout to Felipe on that!), Max passed out LOL, French playing “Straight Cash” for T-Pain at the Hit Factory in MIA in Pain’s car, my first blog shout out LOL, the “NY Minute” shoot, random kids asking for his autograph… (I’m positive they didn’t know who he was though, LOL.)

Fun fact: I linked French and Nicki to do their first collab, the “NY Minute” remix. When I was coordinating Nicki’s press run for Beam Me Up Scotty, I called French and put her on the phone with him, and she agreed to do the record. Originally French wanted her on a sex-related track, but at the time, Nicki was trying to tone down the sex records, as per Debra Antney’s instructions. Eventually, though, we’d get “Freaks.”

Another fun fact: I made French’s Twitter and ghost-tweeted for him for a solid 6 months or so until he got the hang of it, LOL. 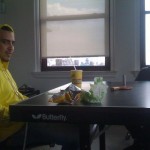 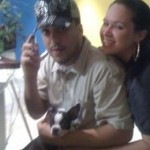 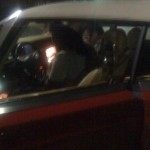 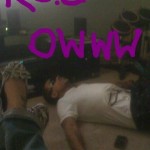 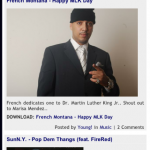 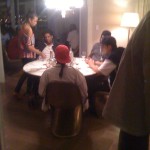 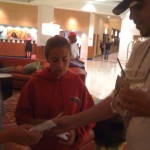 Music Video: French Montana – Playing In The Wind (I’m all in this video, LOL)

In the studio with French x Chris & Neef: