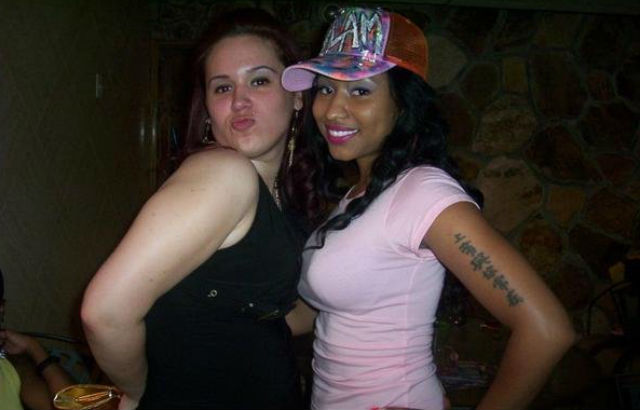 I’d been a huge fan of Remy Ma since 2004, and in June 2007, saw she was having a pool party with the Murda Mamis in NYC. Being cool with 1st Lady El, I hit her up to ask if I could go because I HAD to finally meet Remy. I linked with El and went, and – mission accomplished!

As we were there, I saw a girl walk in that looked SO familiar. I’m looking at her and looking at her, thinking to myself, “Was she on a reality show? Is she a model? Ugh, how do I know her?!” It wasn’t until she left the room that it dawned on me – that’s that Nicki Minaj girl that I like on MySpace!

She had nothing out at the time but her segment on the Come Up DVD and just one song with Wayne on his mixtape that came out the month before, “Can’t Stop, Won’t Stop.” When I’d heard the song back in May, I had looked her up on MySpace and sent her a message that I thought she was dope and was looking forward to her mixtape, and she’d replied and told me was coming out in the summer.

Realizing then who she was, I got up and went to look for her, hoping she hadn’t left…and luckily she was in the next room with her girls, trying to decide whether to leave or stay. I went up to her and asked, “Are you Nicki Minaj?” and she was so excited that I knew who she was. I proceeded to tell her that we spoke on MySpace and played her one of the ringtones I had on my Nextel, which was her verse on “Can’t Stop, Won’t Stop.” (I didn’t remember that part until she told me years later how much it meant to her.) We took a few pics and chopped it up, and became cool from that moment on. I KNEW she would be on, and I was able to get Flex to play her first record in August 2009, and even created her Twitter for her in Spring 2009 on a press run. She’ll never not have a supporter in me. 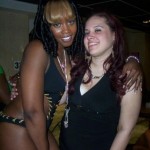 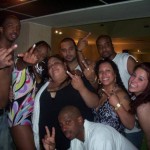 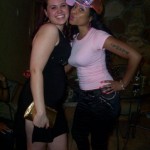 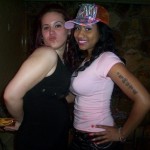