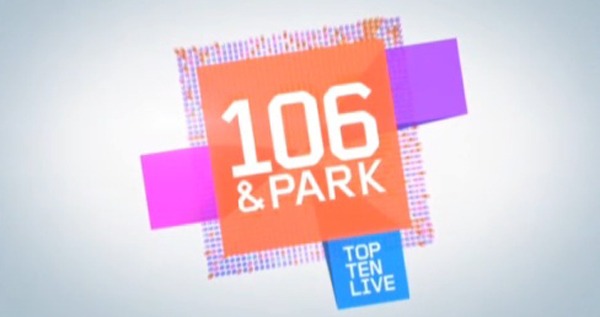 Though my generation of late 20-somethings have long since stopped watching this program, it’s definitely a feeling of nostalgia, as we were the first audience that they catered to! We’ve watched Free and AJ when we got home after middle school and high school. We felt the emotions when they left. We were annoyed by Tigger and Julissa‘s entrance, and skeptical but eventually delighted by Rocsi and Terrence later replacing them. (It was around then that a lot of us went on to college and kind of grew out of the show.) Literally none of us cared about Bow Wow and Keshia Chanté, and clearly the current audience didn’t care too much either. I wonder if Bow is regretting balling out on Erica Mena‘s birthday last week, now that he’s soon to be out of a job…

If you were in the NYC area like myself and many other bloggers of this digital era, you probably stood outside of that studio on 57th and 10th (yeah, it wasn’t actually on 106th and Park – although they did start there) to meet your favorite celebrity, and maybe even got to sit in the audience a few times! I actually have quite a few memories of doing so:

1. March 2004: I was 16 and in the 11th grade, and I went with my girl Tot who was visiting from Nashville (I met her through Juelz.com, LOL…) We danced with Lil Flip who was there to perform “Game Over” and I was juiced about my little camera time.
2. May or June 2004: I went with my high school crew, and it was an action-packed day. Romeo of IMx/Immature fame was there to debut his solo single “After Party,” Slum Village walked on “Selfish,” and Kanye West were there to debut “Jesus Walks.” Crazy to think that Kanye wasn’t really anyone at this time. He gave us all copies of his mixtape, Louis Vuitton Don. It was in a pink case.
3. October 2004: Me and my high school crew rolled through again, and this was a really dope day because we all got some money! Well, most of us. This time I remember Jadakiss was a guest (who my first reaction to was to hug and tell him I was his biggest fan, which I have NO idea why because I’m totally not, LOL!) and the singer Lloyd may have been there because we all got Lloyd notebooks (that Jadakiss signed for me after my biggest fan moment.) Lloyd Banks was also there, and because we’d gotten cool with one of the producers of the show from our last trip, he brought Banks over to us to say hello, and he pulled out a wad of $100 bills and signed one for me, one for my best friend Nicole, and one for my best friend Danielle. Our other best friend Connie, who’d been seated in the back away from us because of her shirt color and how it worked on camera, did NOT get one…and she’s still pissed. LOL!
4. May 2005: As a soon-to-be 18-year-old and soon-to-be high school grad, I was pretty over 106 at this point, but the aforementioned producer friend had informed Connie that her now-favorite Lloyd Banks would be returning this day (she became a fan after the $100 snub, ironically) and she just HAD to go. I was actually already skipping school and in the city that day at the Dip Set office with Karen Civil (read about those days here,) so I told her I’d only go if she went to my house, got my favorite outfit and brought it with her. She did it because she wanted to see Banks that bad, and we went…and she got snubbed again when they asked ME to stand next to him and talk to him on camera. LOL! 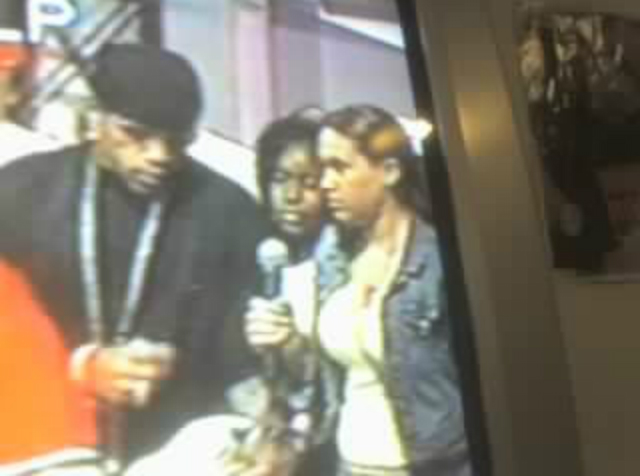 I love Con but this was hilarious to me. Lil Wayne and Birdman were also there debuting and performing “Way Of Life,” and I remember on the actual episode you can see me rolling my eyes during the performance because I was SO disinterested. About a year later I’d become one of Weezy‘s biggest fans, and I regretted for years not being more interested and trying to at least take a pic. Now as an adult I can actually say Wayne is a friend who I can pick the phone up and call on any given day, so the guilt has since dissolved.
5. July 2007: I’ve never told this story because it’s embarrassing, but we’re all friends here, right? I didn’t actually get tickets to the show this day because at this point I’m weeks away from turning 20 and entering my junior year of college, so to be seen on 106 & Park was like…nah. However, I’d gotten wind that “So Krispy” rapper Kia Shine would be there that day, and since I’d for whatever reason developed an infatuation with him, I wanted to go and see him. Unfortunately, not only did I not see him while standing outside…but my car got towed while I did so. That’s exactly what I get for trying to see Kia Shine.

What are some of your favorite memories from the show? Let us know in the comments and on Twitter!