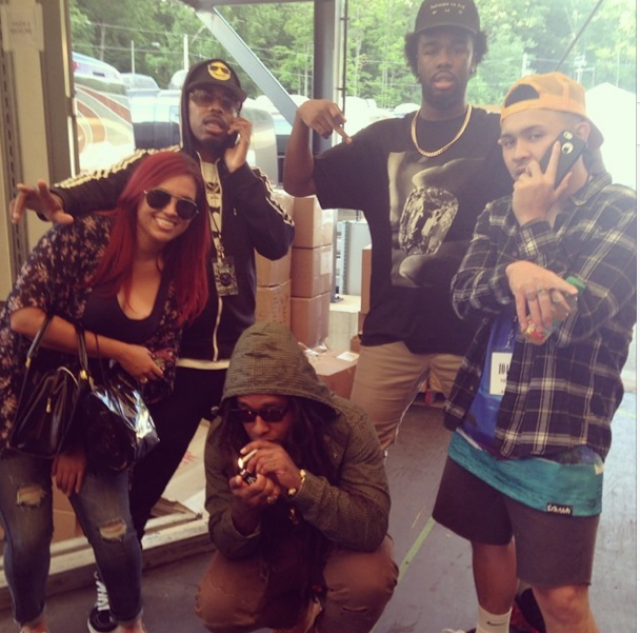 If you haven’t noticed via all my social media channels, I’ve been along for the ride for a handful of Under The Influence of Music dates thus far, kicking off on July 24th in Scranton, PA. Originally set to feature Tyga as well (before he dropped out in the last hour,) the tour is comprised of 7 sets featuring DJ Drama, Mack Wilds, the HBK Gang (IAMSU! and Sage the Gemini), Rich Homie Quan, Ty Dolla $ign, Jeezy and of course the ring leader, Wiz Khalifa. Even if you’re not fans of all of those acts, there’s something on this show for EVERYONE. To be honest, you don’t need to be a fan of ANY of them to enjoy this tour…although there’s probably something wrong with you if you don’t like a single person in that list of hitmakers.

Without further ado, here are my 7 reasons you need to attend the third annual Under The Influence of Music tour:

1. DJ Drama will have you dancing before the concert even starts… 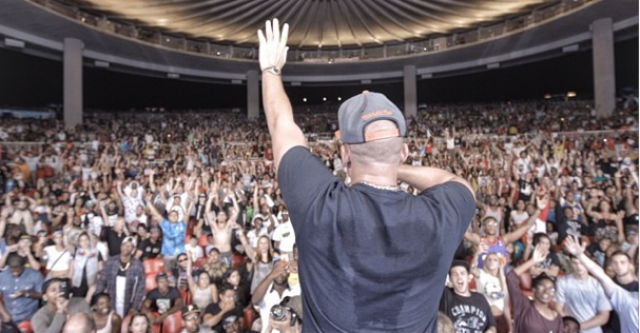 Dram kicks off the show with a 40 minute set, going in with all of your current favorite songs and that booming voice that’ll make even the sleepiest of people snap to attention. Not many people are in their seats just yet as Drama hits the stage, but even if you’re roaming the concession stands or buying some merch, you’ll be able to twerk it for a real one from wherever you are in the stadium.

2. You’ll probably discover new music to be a fan of! 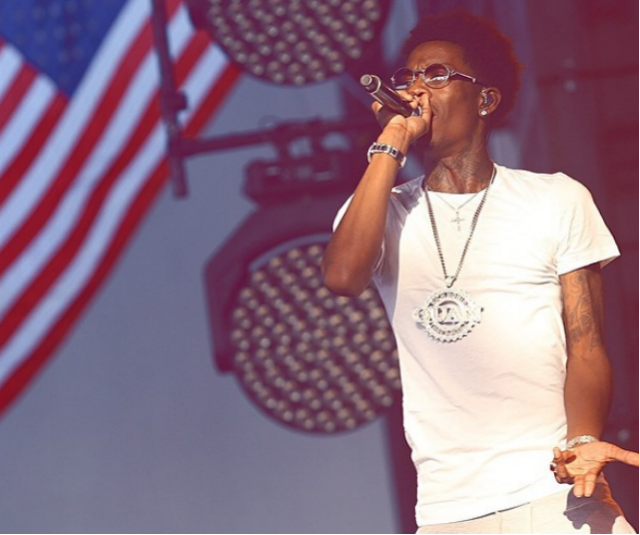 Some of the names on this tour are obviously way more known than others, and even with names that you’re familar with, it’s quite possible you can only name one or 2 of their songs. Mack Wilds? I knew that “Hennessy” song prior to attending the show. Rich Homie Quan? “Type of Way” and “Walk Through,” maybe a little bit of “Lifestyle.” Sage The Gemini? I could hum the hook to “Like A Red Nose” and “Gas Pedal,” but that’s as far as it went. But now? Man, I have about 100 new songs in my iTunes! Hearing a new song that you like is one thing…hearing a new song that you like performed live? A totally different experience – one for the better! These artists were all hand-picked to be on this tour for a reason, and their talent will speak for itself. Who doesn’t love good music? 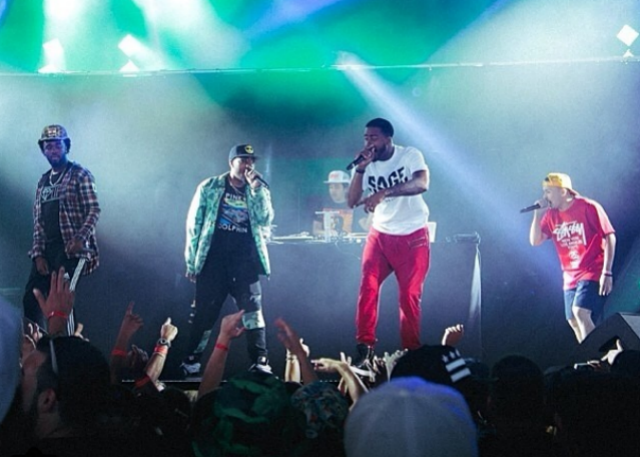 I have not seen a set as fun as the Heartbreak Gang’s in so long! I first saw the guys in concert when I attended KMEL’s Summer Jam in Oakland back in June, and their set on Under the Influence is even better! HBK’s whole mantra is about having fun, and that’s exactly what you’ll experience as IAMSU, Sage The Gemini, Kool John and P-Lo hit that Bernie, that Nae Nae and a myriad of other random moves that you’d NEVER expect to see coming from these guys by just looking at them. Su and Sage are like, 6’4 with mean faces…never would one think they’re about to bust out with random dance moves. It’s great! LOL!

Unless you caught him on The Beach House tour (which only hit parts of the West coast so there’s a large chance you didn’t…), you’ve only seen “Paranoid” singer Ty Dolla $ign hit a couple notes on stage and keep it moving. During his 25 minute set on Under The Influence, you get live instrumentation, dreads swangin’, tons of weed smoke and songs like “Or Nah,” “Toot It & Boot It,” his verse on “Money, Baby” and more. What’s not to love! 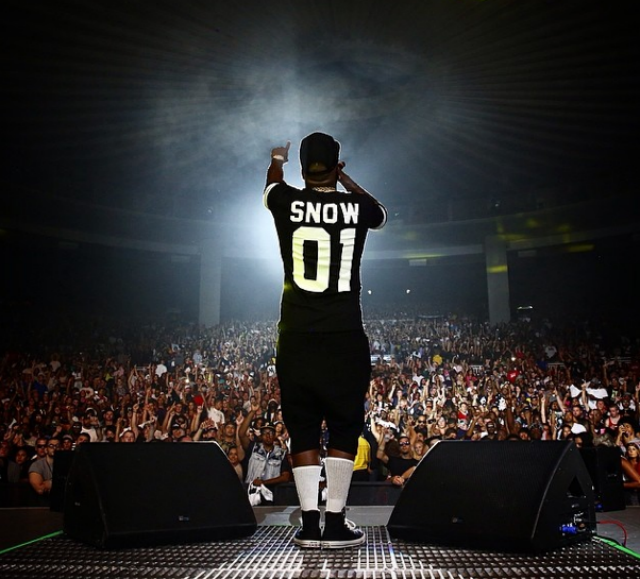 There’s something in there for you at least once, b. At least. It’s Tha Snowman.

6. Wiz Khalifa’s set has all the bells, whistles and special guests you’ll ever need in a show

For starters – let’s talk about how Wiz performs for an hour and 15 minutes! That’s a LOT of songs! Whether you’re a fan of mixtape Wiz, album Wiz or something in between, he’s guaranteed to get your song on for you at some point during his set. A set which is by the far the craziest of all the acts, complete with smoke, lights, dancing, loud noises, fire…the whole kit and caboodle. He also brings out special guests almost every night, like French Montana in NYC, Drake in Toronto, the list goes on… You never know who you’ll catch on Wiz’s set!

7. You’re going to turn up, get high, get drunk, dance, meet cool people, be outside catching vibes, watch a show and kick it with your friends all at the same damn time. Who wouldn’t want to do that?

Check out the rest of the dates in the graphic below, and click it to head to Ticketmaster to cop your tickets! See you there or nah? 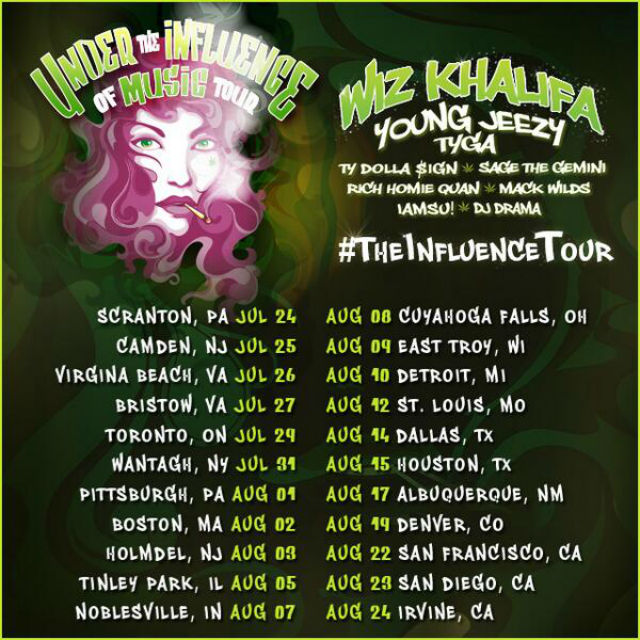